It is possible to achieve full control over spin, zoom and pan of a 3D/360° object with just two buttons. In this example the navigation bar, as well as spin and zoom sliders are deactivated. Instead there are only two custom buttons placed directly over the player. They are injected with JavaScript over callback function - see sourcecode. Update: Ver. 4.0+ no need to use callbacks any more for this. Just configure mNavi option. 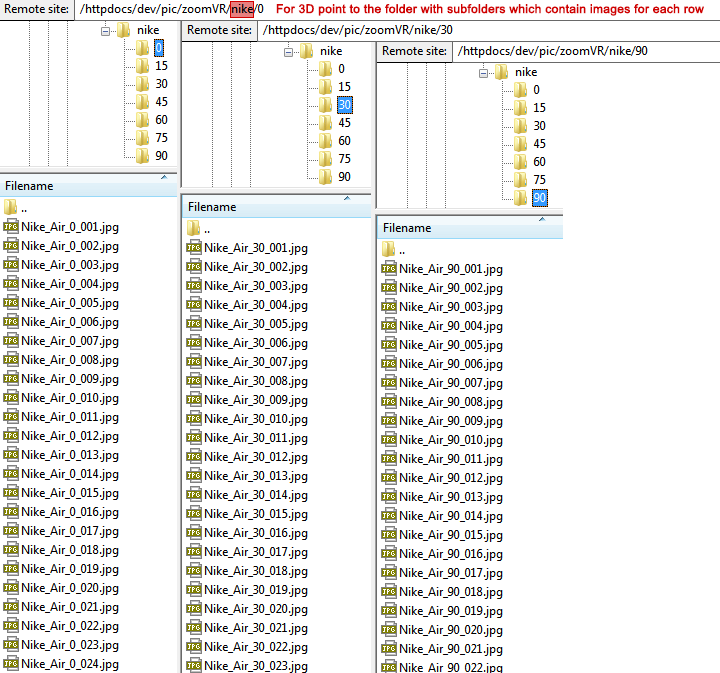 The example object loaded into the player on www.ajax-zoom.com is a multilevel (multirow) 3D one. However it makes no difference to a regular 360° product spin with just one row.

Many more examples and information on 360° spins can be found in example15.php. In the docs you will find more options to adjust 360 spin tool.

Load other examples in slider